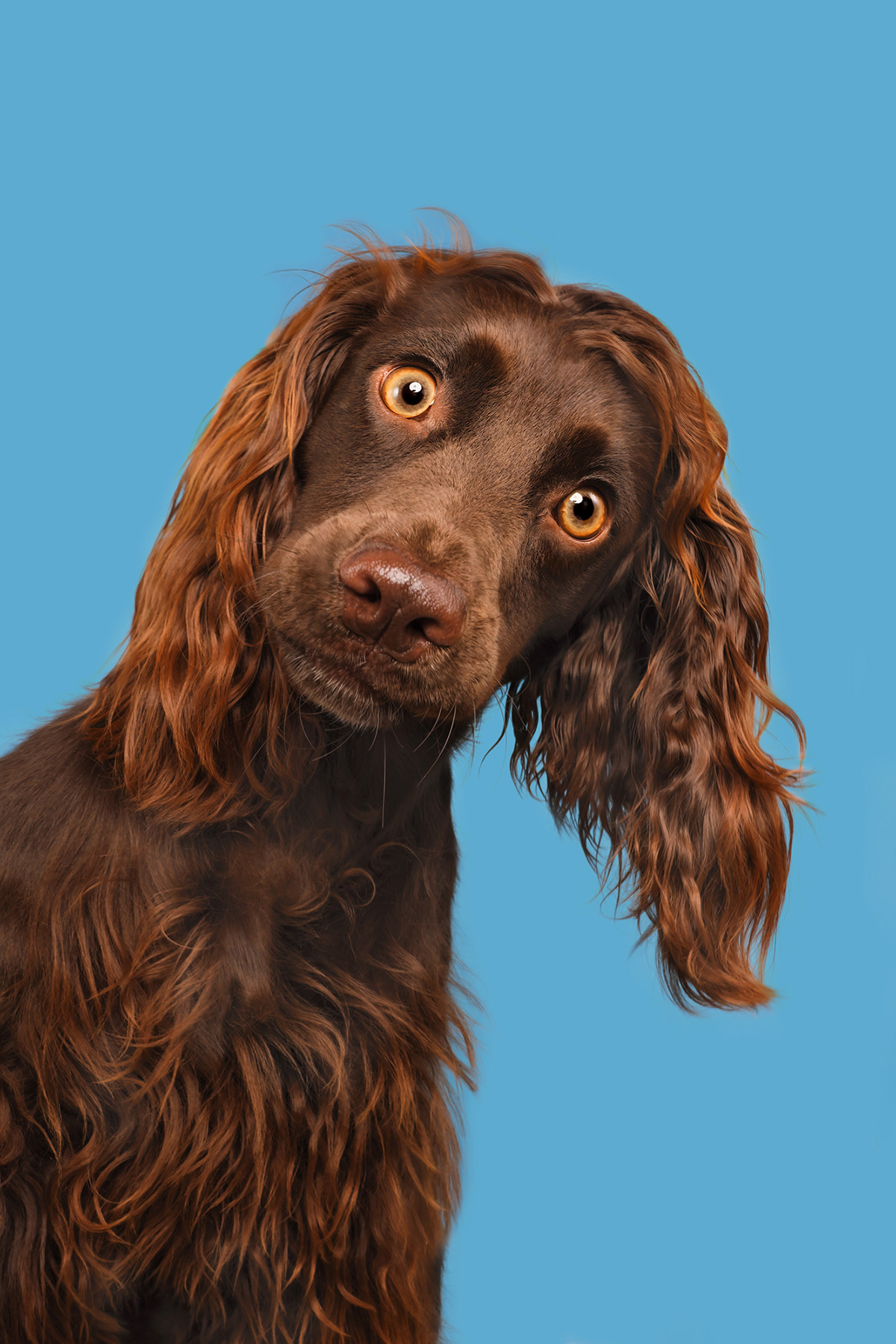 “Toffee When You Ask Someone to Repeat Himself and You Still.” All images © Elke Vogelsang, shared with permission

Typically known for their care-free attitudes, the dogs in Elke Vogelsang’s portraits are experiencing some of their more intense moments of canine anticipation, like waiting for a taste of bacon cream or finding the right time to snatch a squeaky toy. The Hildesheim, Germany-based photographer captures the canine’s fleeting expressions, shown through tilting heads, open-mouthed smiles, and wide-eyed stares. Each piece is matched with an equally playful title, like “The Dog Side of the Force” and “Bessy Muppetational.”

Vogelsang began photographing her three rescue dogs during a period of family hardship that started in 2009—she was charged with caring for her mother-in-law, who was suffering from dementia, shortly before her husband was in a coma due to a ruptured aneurysm. “I decided to start the project, despite my husband being in the hospital, or rather because of it, as I wanted to try to keep up a bit of normality and have something like a visual diary for my husband of that time,” she tells Colossal.

Now, the photographer’s work has expanded beyond the absurd images of her furry family members, and she tries to “get to know as many dogs as possible. Each and every one of them will have their own personality.” She’s traveled to Morocco and Spain to capture the lives of those living in shelters and on the streets, which has posed unique challenges. She “had to document whatever I was presented with. I couldn’t throw treats or get out a squeaker. Here I have to learn to wait for the decisive moment…These dogs had lived on the streets and didn’t know any basic commands. Those can be very difficult to photograph. ”

In order to get such revealing shots, Vogelsang isn’t afraid to appeal to their canine desires. “With every dog I learn a new trick. The energetic terrier might need action to really enjoy the session, while the sensitive sighthound might prefer a very calm environment and some super treats,” she writes. “The key is patience, trust, repetition and lots and lots of bribery.”

To see more of Vogelsang’s posing pups, head to her Instagram. “The Dog Side of the Force” 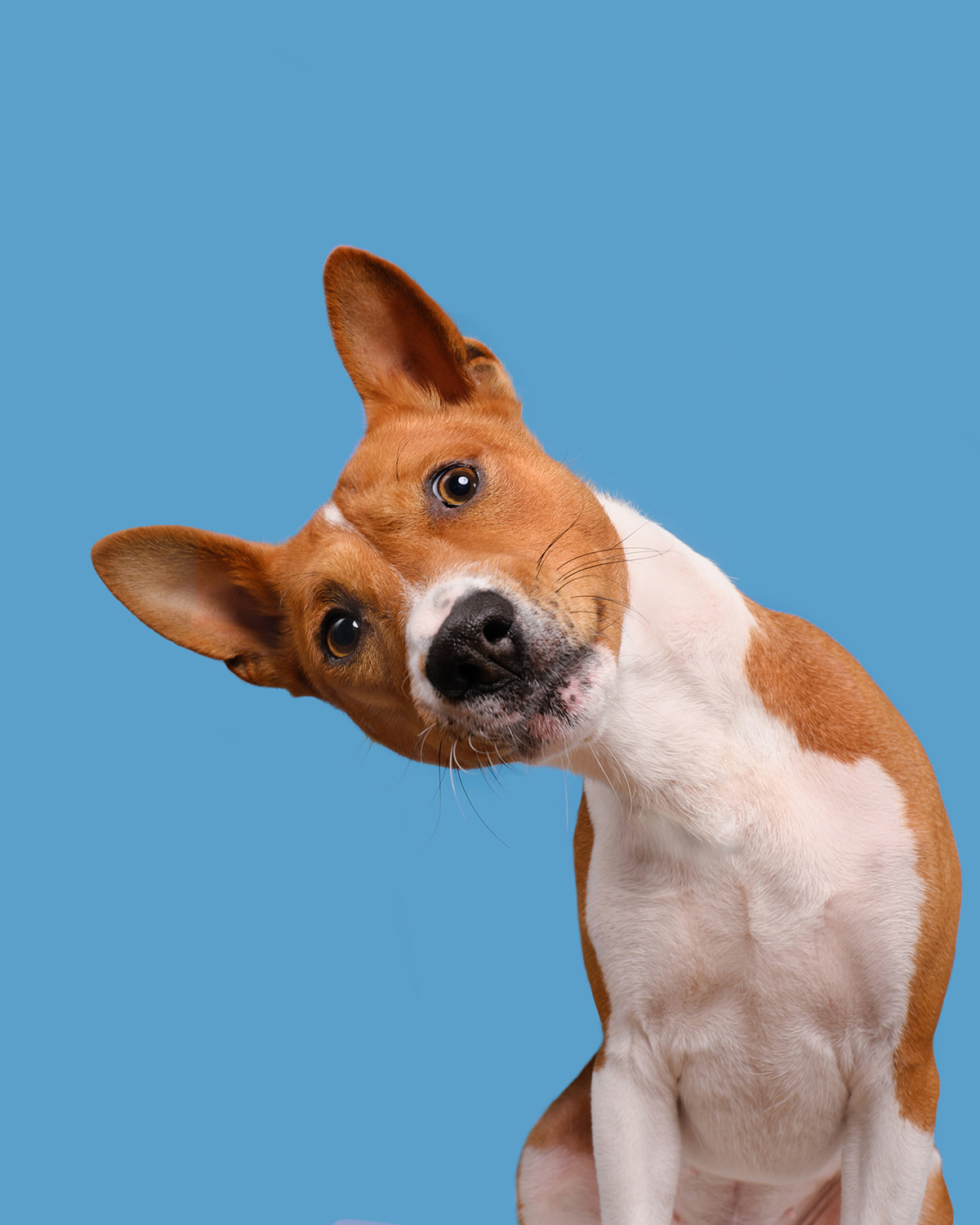 Do stories and artists like this matter to you? Become a Colossal Member and support independent arts publishing. Join a community of like-minded readers who are passionate about contemporary art, apply for our annual grant, and get exclusive access to interviews, partner discounts, and event tickets.

Gen Zers in Russia Are Using TikTok as a Catchy Tool...

Varied Bricks and Ceramic Blocks Comprise the Asymmetric Facade of a...