I had Chinese food for dinner recently, and had a fortune cookie with the following fortune: “imagination is more important than knowledge.” Considering that Artsology is always encouraging imagination and creativity, one would think that I would agree right away … and I did, but the more I thought about it, I’m not so sure. Is one’s level of imagination tied to one’s level of knowledge? What do you think? And where does this saying come from? Scroll down for more. 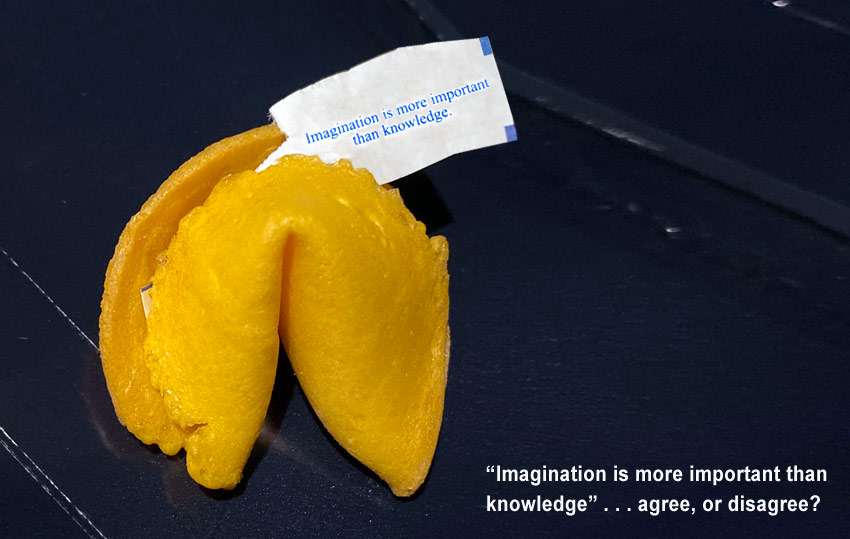 So what do you think? Share your thoughts in the comments section below.