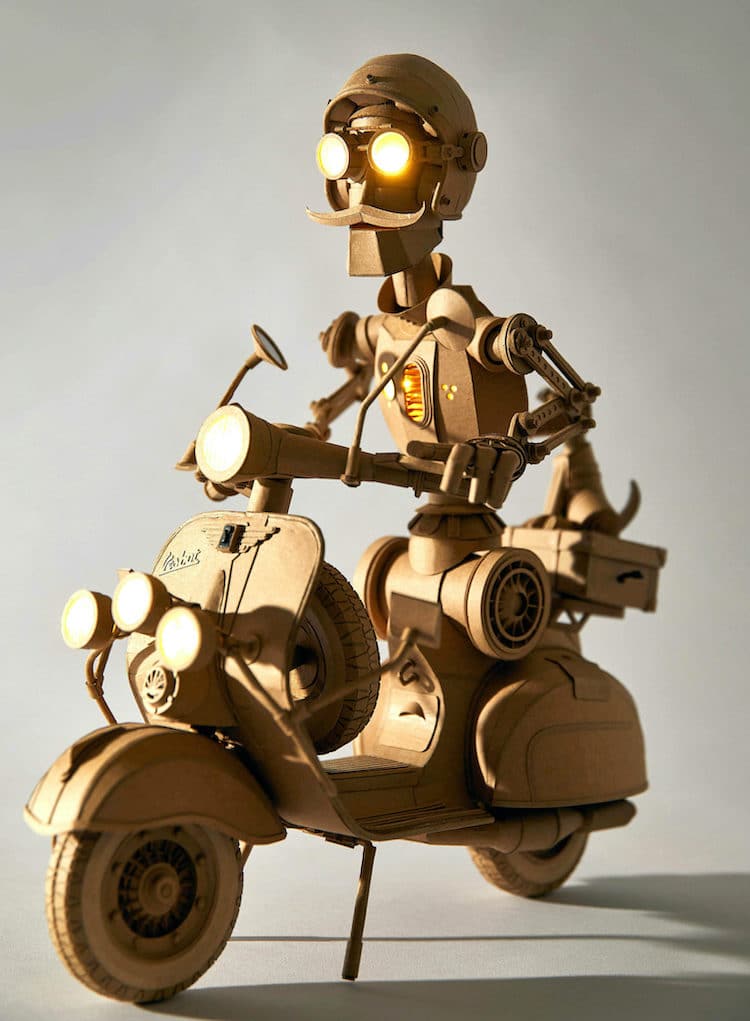 Inspired by his love of sci-fi and his fascination with all-things mechanical, Greg Olijnyk crafts cardboard robots that look like they’re straight out of a stop-motion animation. “My work is the result of a lifetime reading sci-fi, collecting books of sci-fi illustrators, and building dozens of plastic Airfix models as a kid,” he tells My Modern Met. “And endless hours pouring over images of interesting mechanical devices, antique scientific instruments, and building structures.”

Olijnyk runs his graphic design studio in Melbourne during the day, and spends his spare time crafting his cardboard robots as a labor of love. The talented artist doesn’t plan out how his characters will look in advance; instead, he uses his intuition and works within the limitations of his chosen material. “Working things out as you go ends up being faster,” he explains. “Solving the shape of a robot’s head and holding the 3D piece in your hands will inform the shape of the torso and so on and suggests detail and extra elements I hadn’t thought of until that moment.”

By working with cardboard, Olijnyk is able to build geometric, angular shapes that make the perfect parts for his droid subjects. “Cardboard is a flexible, strong, and a forgiving material to work with,” he says. “It’s easy to bend, cut, and wrap around things to create tubes, quick to glue with PVA glue, and cheap!” The artist uses card in a variety of thicknesses, from 0.25 to 1 mm, but he also occasionally repurposes packaging that he finds around the house. He reveals, “UberEats bags are also a great resource when I want an even thinner card to create small details or small tubing, and it’s the same color.”

Olijnyk uses a range of tools—including a scalpel, a steel ruler, tweezers, a circle cutter, a hole punch, and a small squeeze bottle for the glue—to meticulously cut and join each cardboard component together. Often featuring bendable limbs and integrated LED lighting, his more elaborate pieces can take several months to complete. One bot even has its own “Vesbot” vehicle with spinning wheels, and another features a clock encased within its torso. The humble artist says, “The sculptures can look amazingly detailed but they are all made up of just one simple piece of cardboard glued to another piece of cardboard, glued to another.”

Check out some of Olijnyk’s cardboard robots below and find more from his ever-growing portfolio on Instagram. 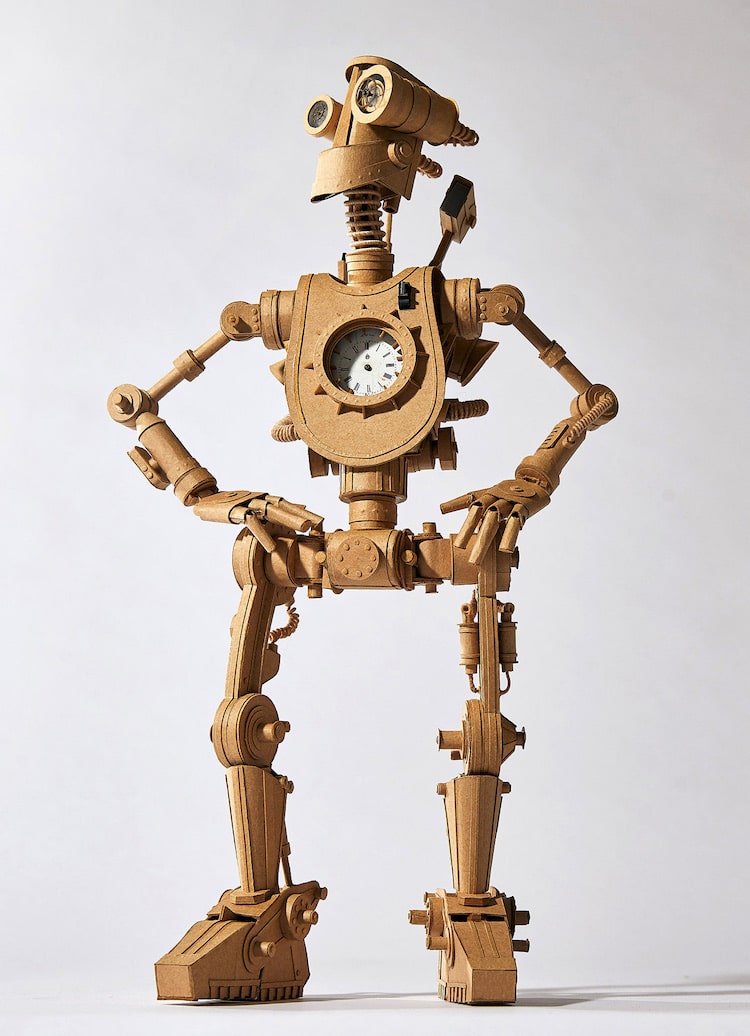 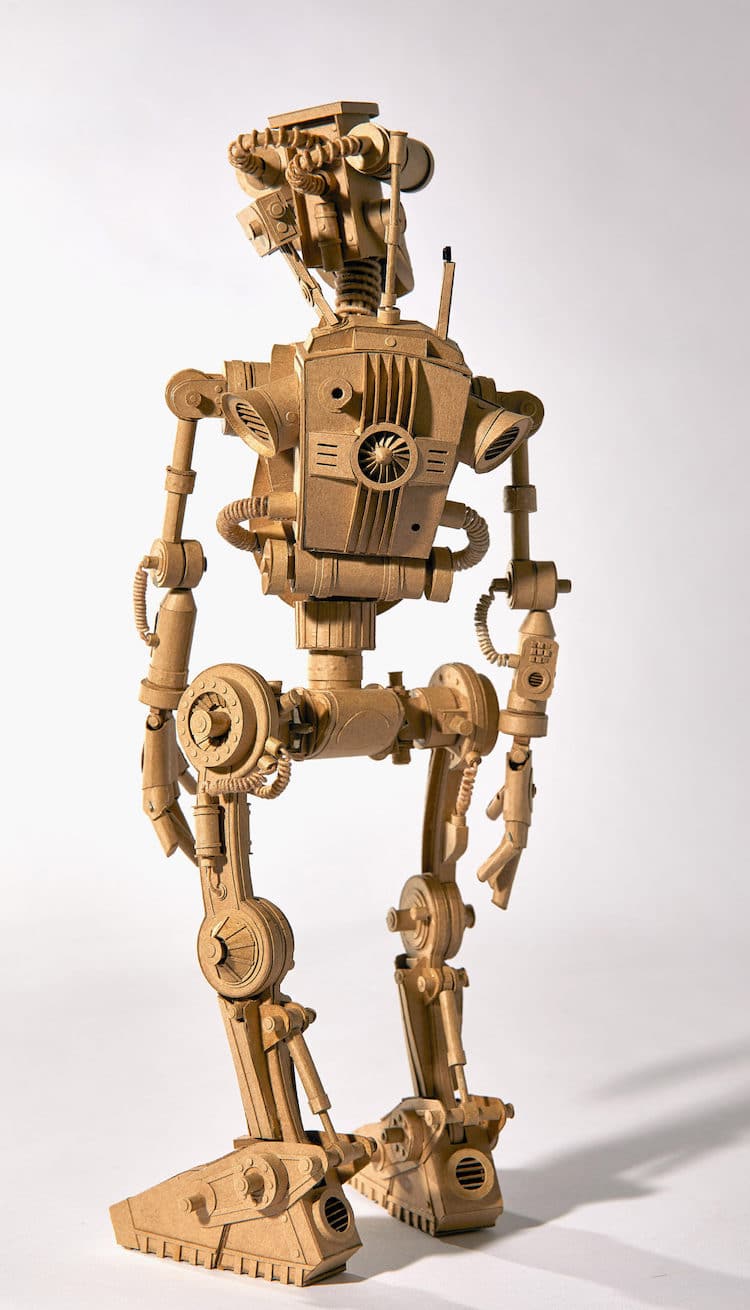 They look just like characters from a stop-motion film. 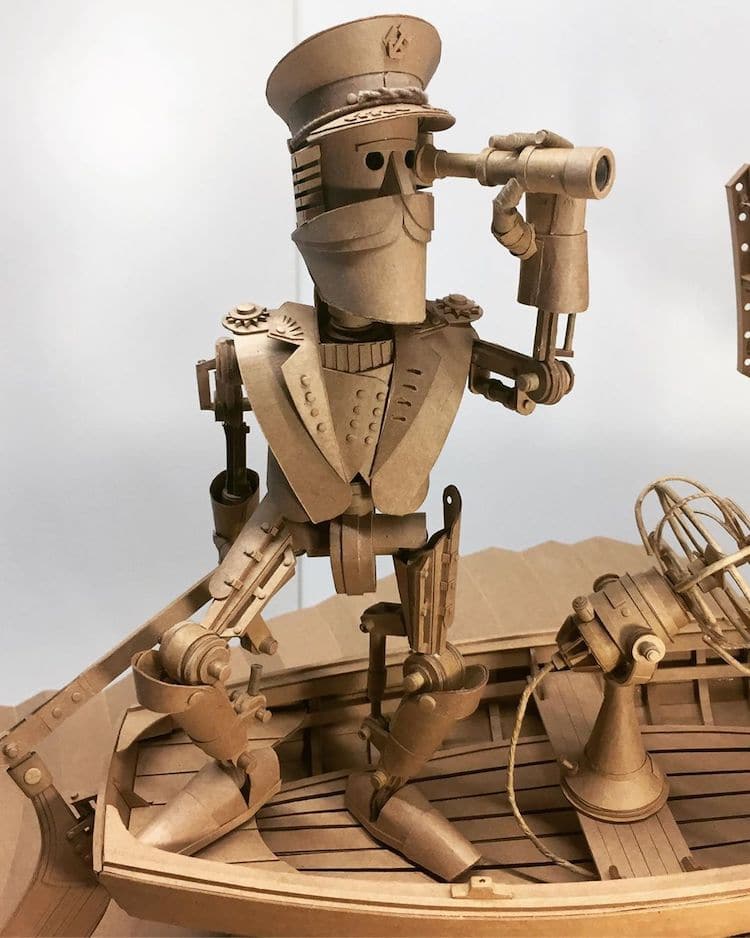 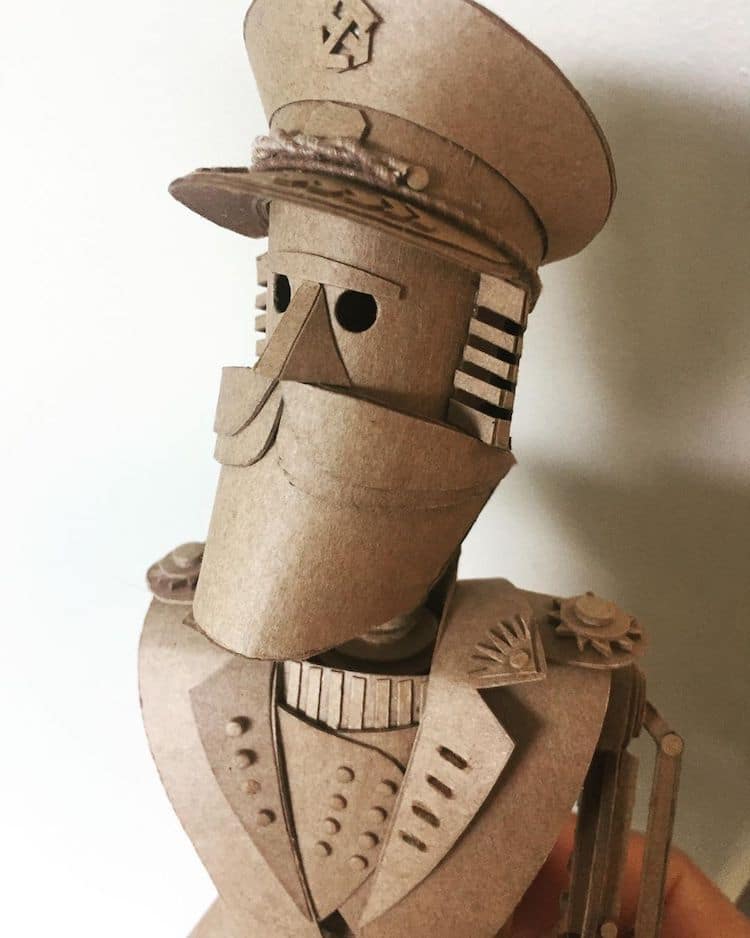 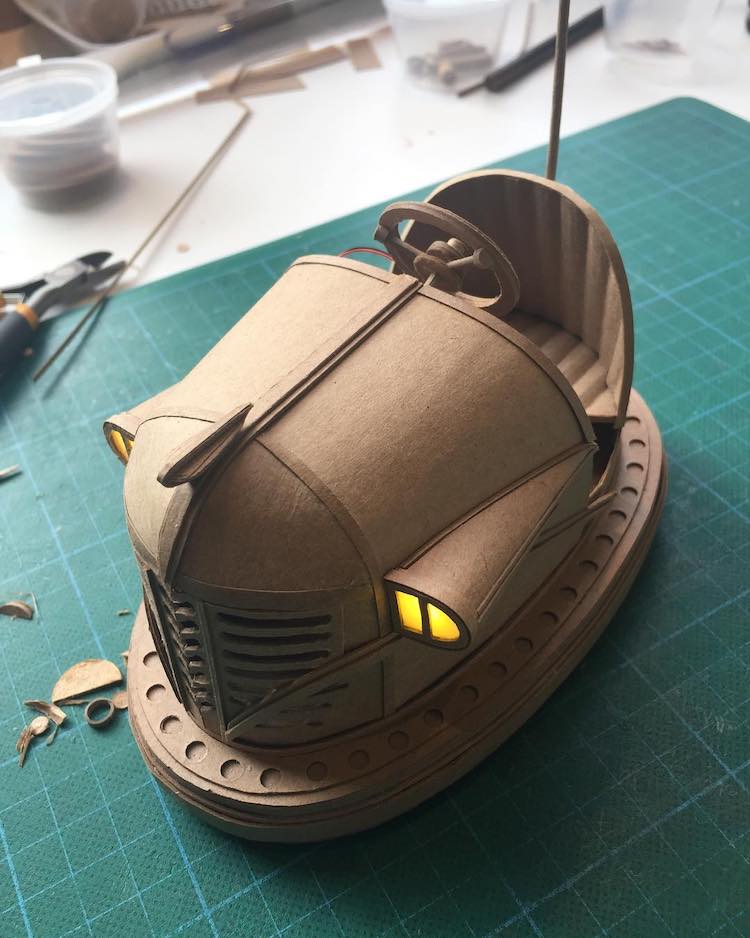 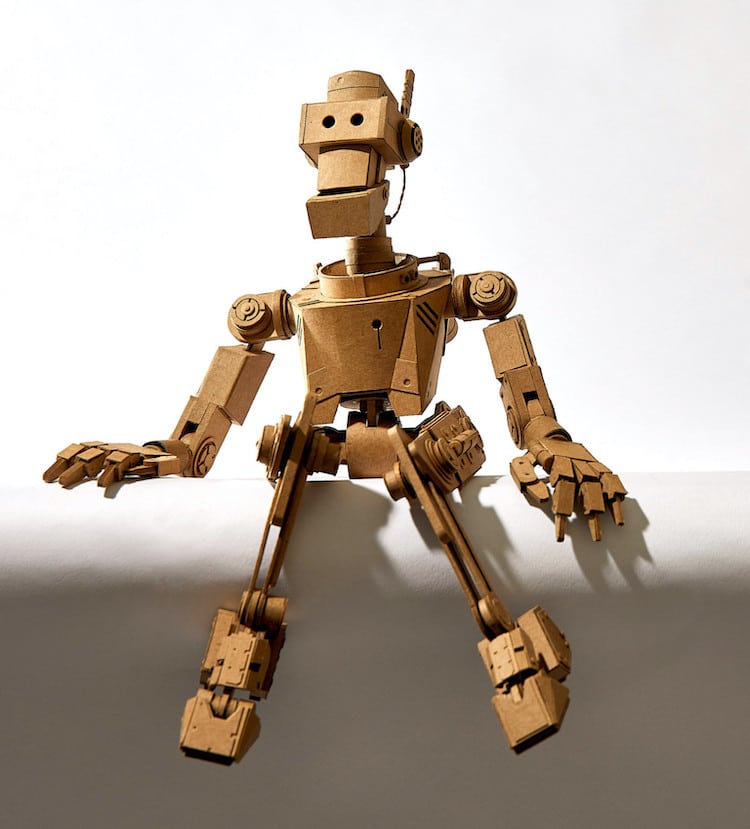 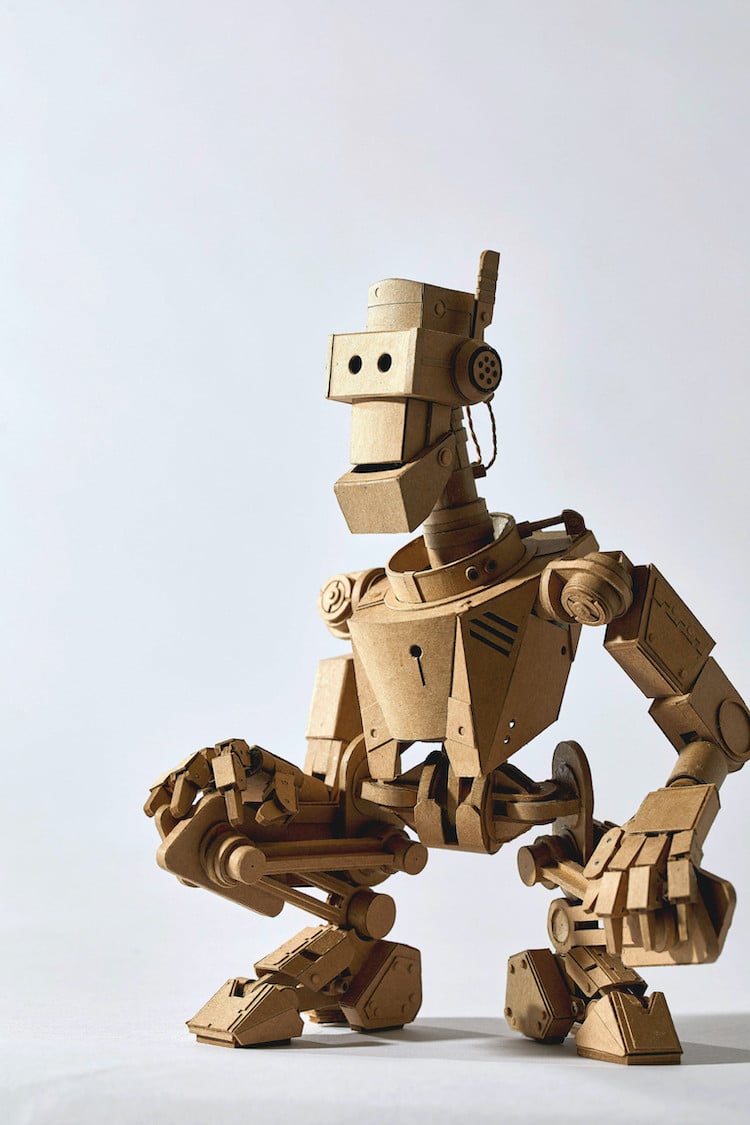 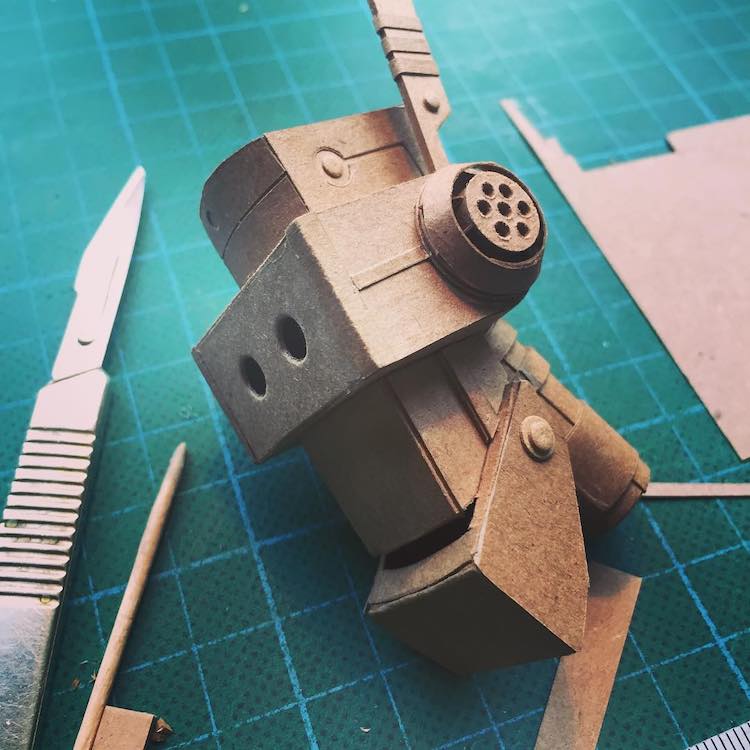 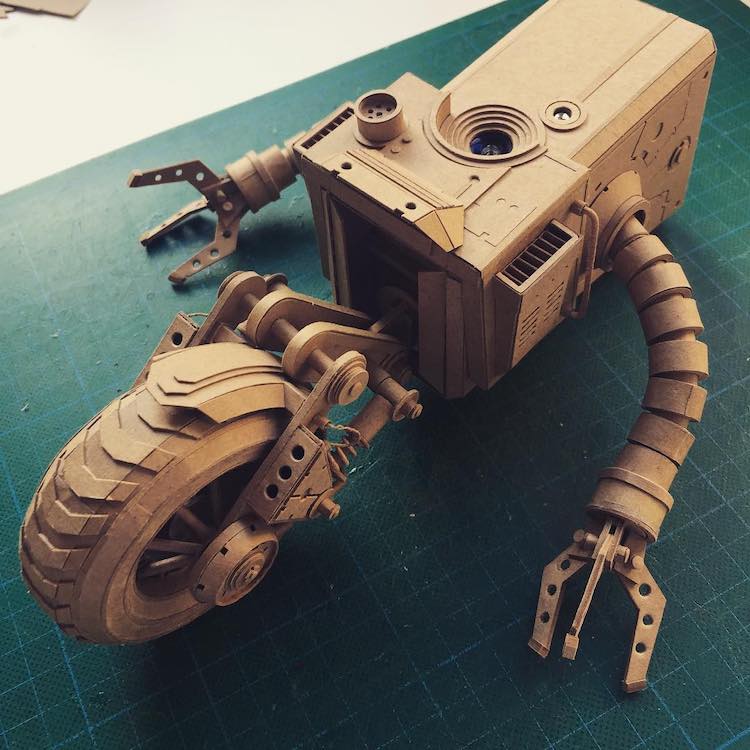 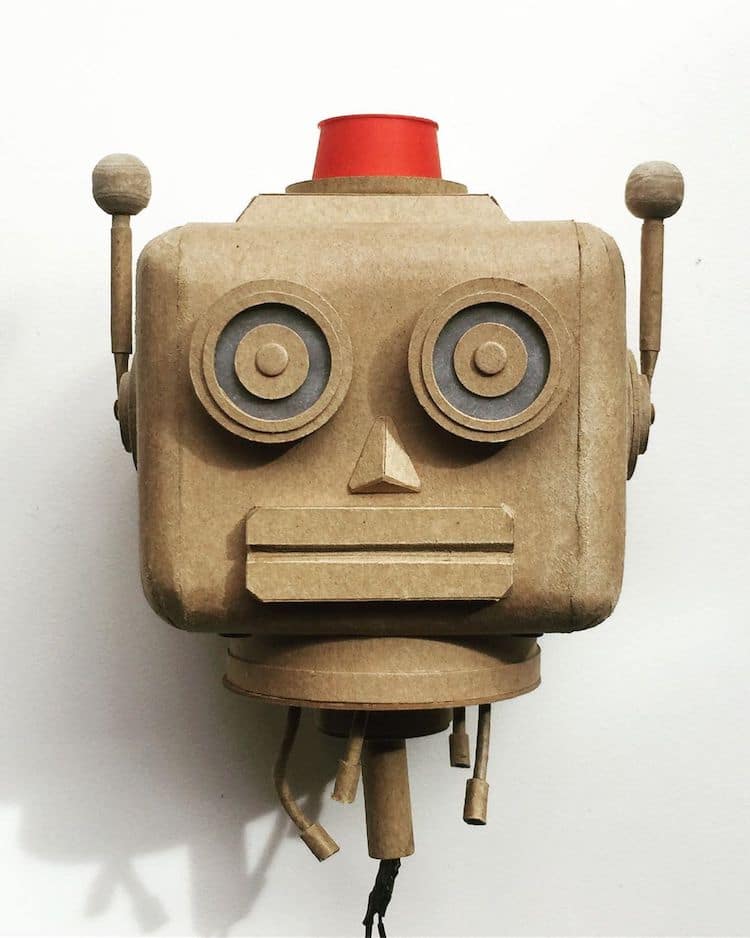 Some even feature LED lighting! 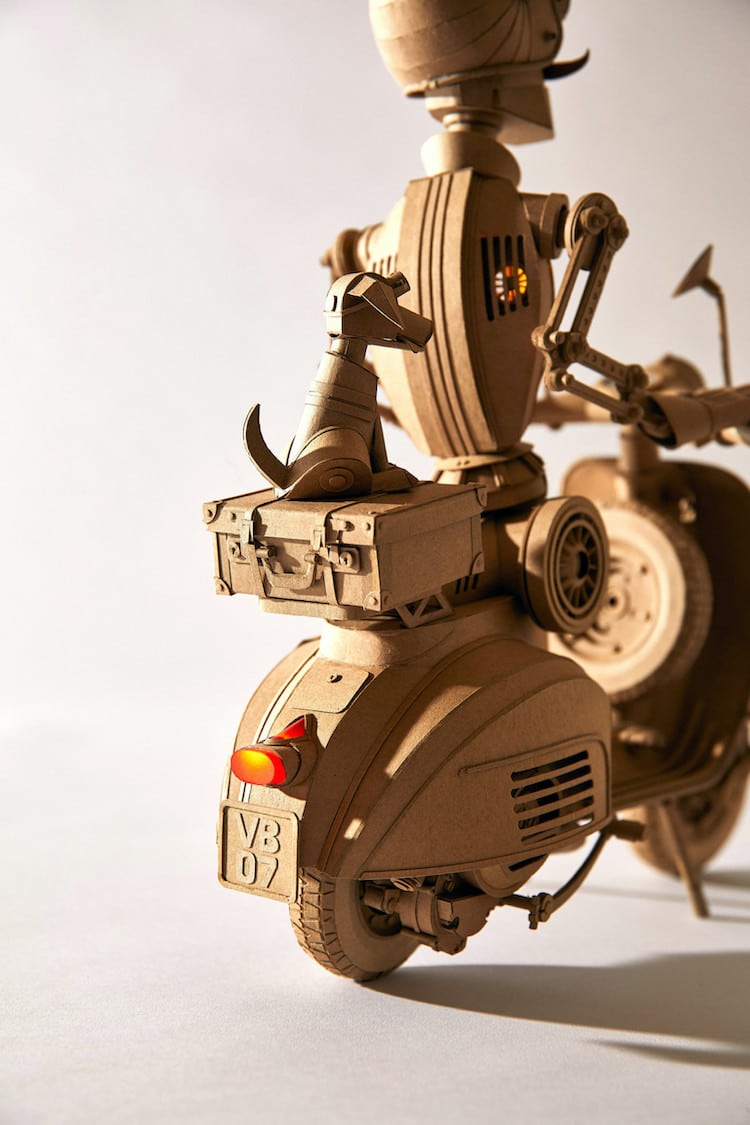 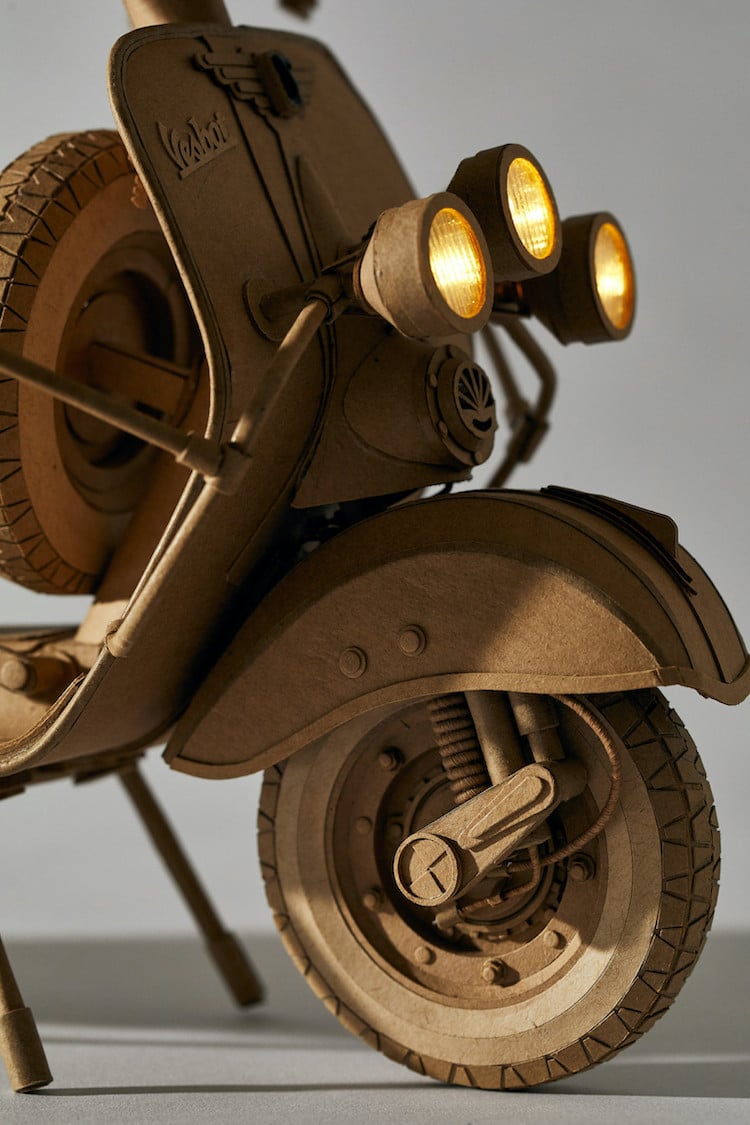 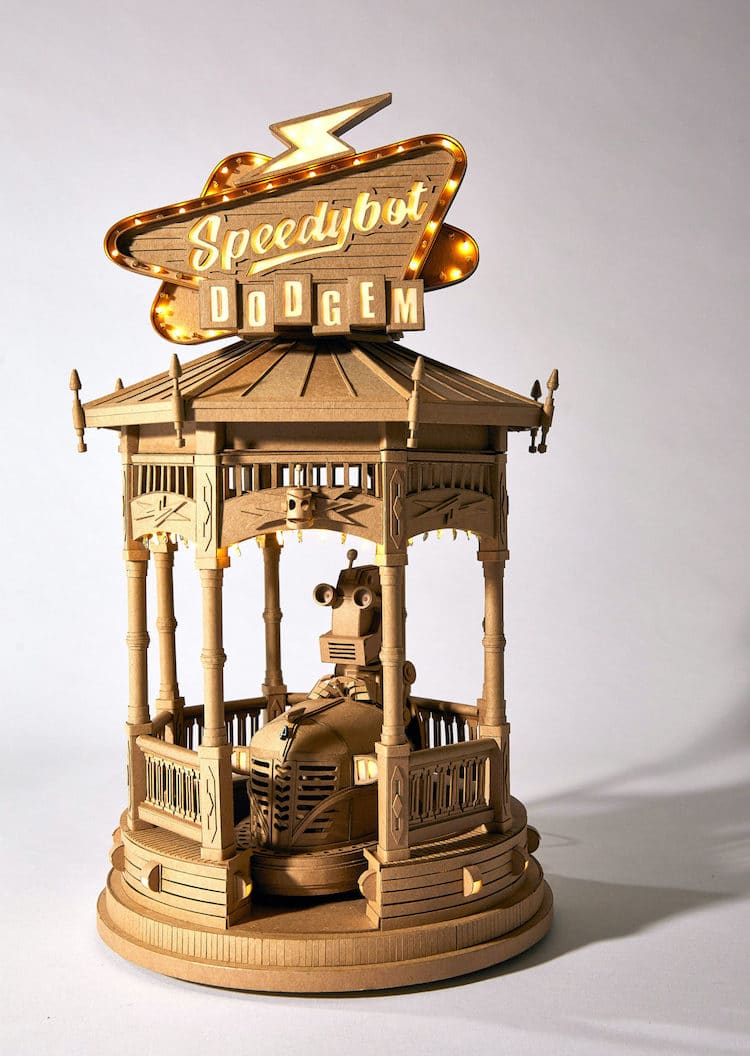 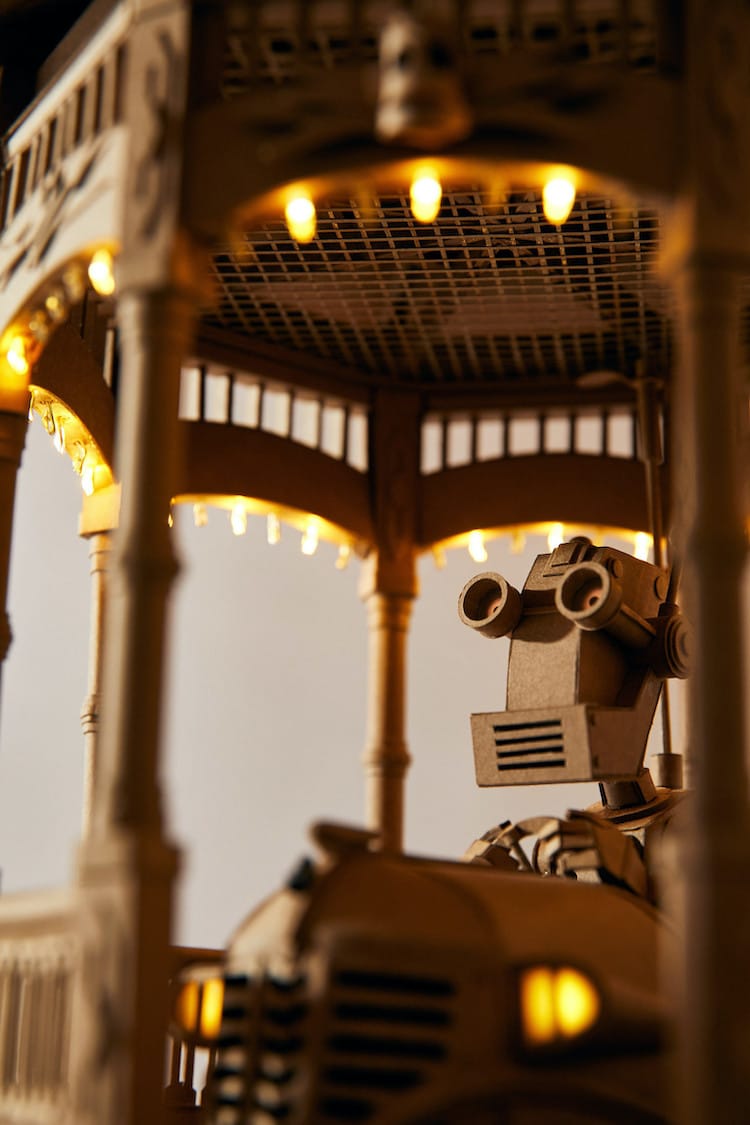 How to Harness the Healing Benefits of the Arts – ART...