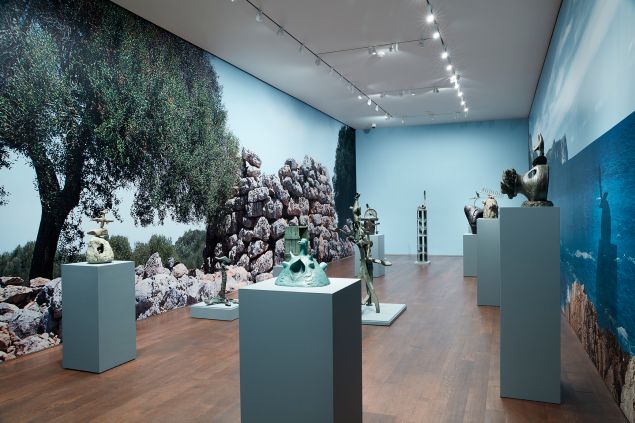 “I am an established painter but a young sculptor.” So said Joan Miró, at 88, to fellow sculptor Alexander Calder in 1981.

He wasn’t just being coy. Miró (1893-1983), best known for his surrealist paintings, took up sculpture relatively late in life. Twenty-three works on view in “Miró the Sculptor: Element of Nature” at Acquavella Galleries bear him out.

In those bronze casts from 1966 to 1975,  Miró’s  playful, tactile imagination builds characters that he called personnages out of found objects and channels symbolic language from his earlier work into figures (the term “figures” is used loosely) cast in bronze.

SEE ALSO: In NYC, a Fair Dedicated to Outsider Art Cultivates an Interest in the Eccentric

Those who think they know this artist will find more to admire, although it might require some adjustment. Maternite (Maternity) from 1967 is a mound of bronze with thin arm-like stubs and an almond-shaped cavity on its chest. One work called Femme et Oiseau (Woman and Bird) from 1972 is a long, upright stem with a woman’s shoe at its head and multiple shoes at its feet. Another work of the same title from the same year places a woman’s shoe pointing out from the armrest of a baby’s high-chair. Try explaining that title.

Miró didn’t begin to cast actual sculptures in bronze until the 1940s, but he did start working with three-dimensional objects at the age of 19. Miró’s grandson, Joan Punyet Miró, writes about the artist’s experience in his essay for the Acquavella exhibition.

He quotes is grandfather as saying, “My interest in sculpture really began when I was nineteen…Francesc Galli was a remarkable teacher, and he gave me an exercise so that I would learn to see form. He blindfolded me, and placed objects in my hands, then asked me to draw the objects without having seen them.”

After more experimenting and accumulating objects of all kinds, and after some initial monumental sculptural commissions, by the 1960s Miró was collaborating with foundries to produce the works now on view. 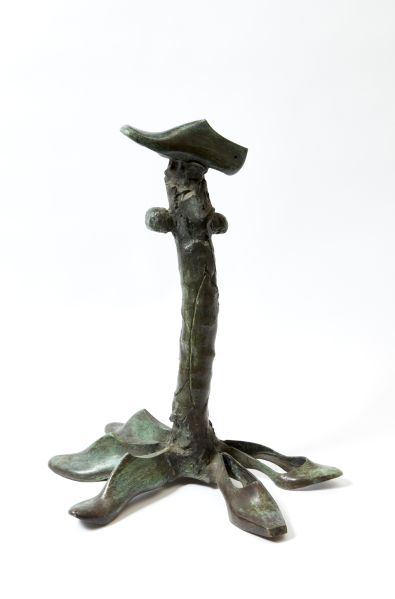 Monstrous might be a term of endearment for Miró’s bronze casts. They can look familiar, with conjured female figures and favorite symbols like the moon turning up again and again. Yet if the sculptures differ from Miró’s paintings, it’s in their absence of color, in their distilled forms, and in their strong dose of the everyday, fused into improbable juxtapositions.

“He’d pick things up on the roadside and the beach. He’d see into things like rocks or ephemera,” said Michael Findlay, Director of Acquavella Galleries.

Pointing to one sculpture composed of found elements (including a paint can), Tete de Femme (Head of a Woman), Findlay said. “This is a paint can, and this is 1966, so he’s an older artist in Spain in 1966, and Jasper Johns is a younger artist in New York in the ‘60s with his Savarin can,” he said, referring to a coffee can filled with paint brushes that Johns cast in bronze in 1960 and called Painted Bronze.

“I’m stretching it a bit, but they’re both—and Rauschenberg also—picking things up,” he said. “[And] what does David Hammons do?” said Findlay, thinking of a sculptor working today, “he finds things and puts them together.”

Miró, Findlay said, “was always interested in happenstance, even though there’s something specific about the result. He’s making connections that most people wouldn’t connect.”

That’s an understatement. Walking near his home in Mont-roig (Catalonia), Miró picked up wooden molds for shoes, called shoe lasts. His assistants assumed that the castoff foot-shaped molds would be used as firewood. Miró, who gave odd-shaped feet to the flying figures in his paintings, fit these found feet into his sculptures. Some of those constructions call to mind surrealist machines infernales or the objets trouves of Marcel Duchamp. 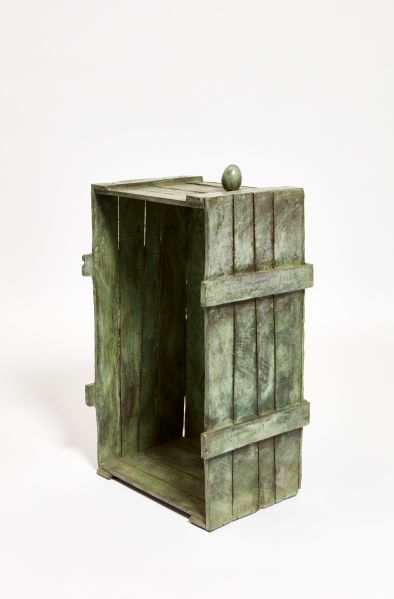 But Miró had his own approach to found objects, Findlay stressed. “It’s not Duchamp. He’s not saying, ‘OK, that’s it.’ It’s not conceptual. He’s saying, ‘I’m going to make something with this,’” Findlay explained.

Case in point is the story of a wooden crate that Miró brought back his studio, filled with things gathered on a walk outside. Later, Miró saw his objects, but no crate. His assistants had assumed that the box that Miró intended to cast in bronze was just that, a box to be thrown away or burned. Findlay laughed. “It was a case of someone unwrapping the Christo,” he said.

Somehow retrieved, the crate, in bronze from 1969, is in the exhibition. Atop it is a bronze egg, in a seeming homage to Rene Magritte. Miró called it Femme (Woman).

In “Miró the Sculptor: Element of Nature,” we’re watching an artist in his seventies pivot and improvise his way into a new medium. Miró referred to the works that made him famous at an earlier age as “the assassination of painting.” Now we’ve seen him bring the most unlikely objects to life. 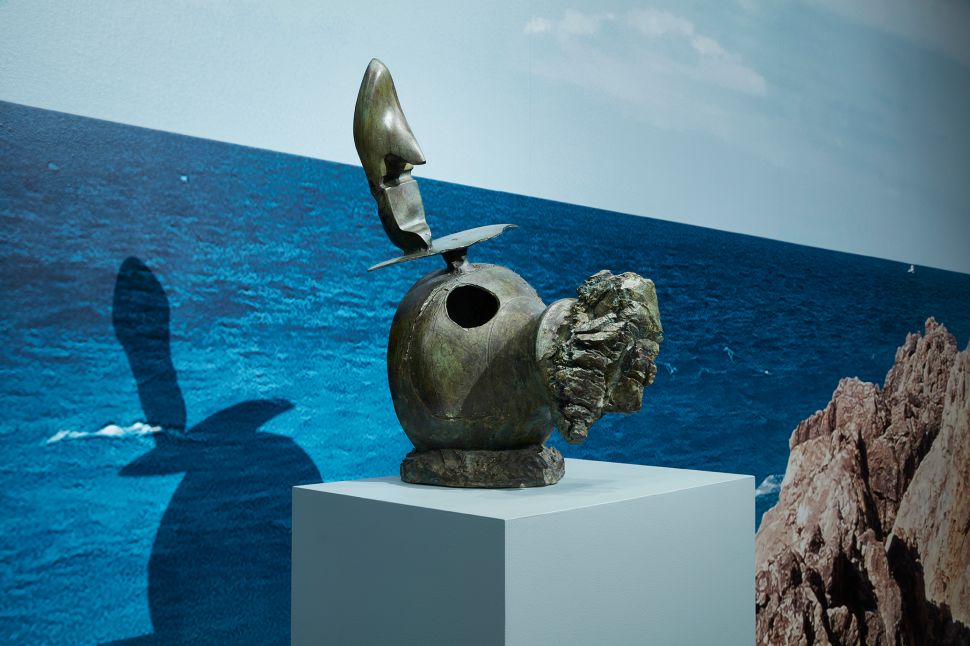 The Independent Spirit of Herbert Gentry

Poems in the Language of Death

How to Recognize Right-wing Dog Whistles and Symbols, From Viking Hats...