I was looking for something online this morning related to Andy Warhol, and after doing a search for his name on The Met’s website, some of my search results included these vases. Perplexed as to why these would show up in a search for Warhol, the reason is because he collected them! The unusual shapes and abstract textures had me curious to learn more. 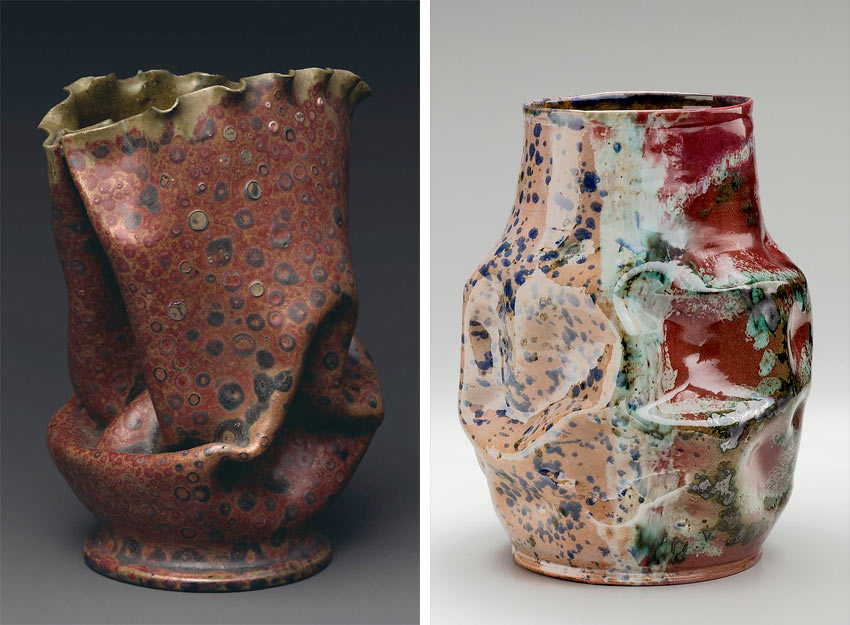 This pottery is the work of George E. Ohr, who lived from 1857 – 1918. What I find fascinating is that his style is often referred to as “abstract expressionism” even though that description – usually associated with painting in the 1940s and 1950s – wasn’t commonly used in the late 19th Century when he was making his pottery. Born in Biloxi, Mississippi, he was known as the “Mad Potter of Biloxi,” and it appears he took that name to heart as he was posing for photographs, as you can see below left (with two more examples of his work). There’s even more examples of his crazy poses for photographs here! 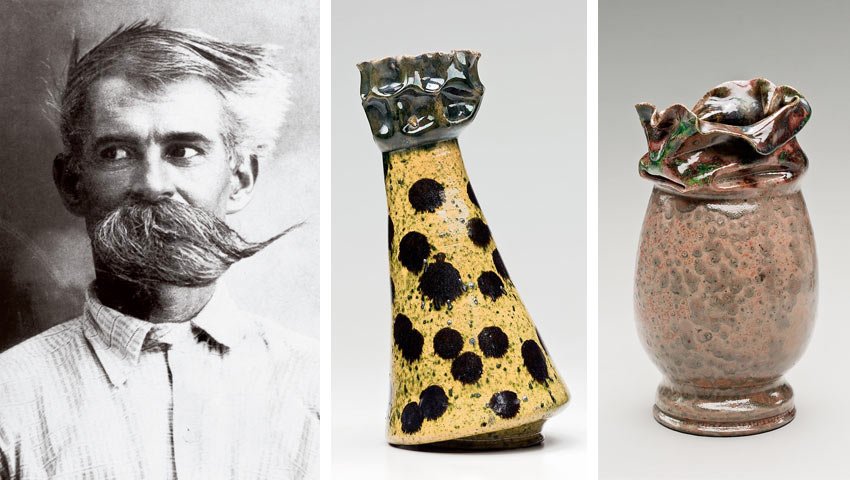 From what I’m learning, Ohr was like the Van Gogh of the pottery world, making beautiful pieces, yet not having much success with selling them. He obviously had a self-deprecating wit about this, as the Smithsonian notes that he had signs outside his store stating: “Get a Biloxi Souvenir, Before the Potter Dies, or Gets a Reputation.” But he also felt very confident in his unique vision, and had another sign that read “Greatest Art Potter on Earth, You Prove the Contrary.”

At this point, I’m not too interesting in my original quest for info on Andy Warhol, and want to learn more about the Mad Potter George Ohr! Read more at the Smithsonian link above to learn how the work was “discovered” 50 years after Ohr’s death packed in crates in the back of an auto repair shop. A fascinating story!

NFT Art Goes Viral and Heads to Auction — But What Is It?