If you’ve been around the Artsology blog before, you’ll know I’m a fan of the jazz musician Christian Scott aTunde Adjuah. I’ve had a chance to see him in concert multiple times, most-recently at the Brooklyn Bowl in Williamsburg about a year ago, where I took the photographs below.

I received an email from Spotify that he has a new album: “Axiom,” which is a live album recorded while playing at the Blue Note in New York in early March 2020, just as the awareness of the real risks of the coronavirus pandemic was starting to take hold in New York City. I’m listening to the album now and really enjoying it, which is what prompted this blog post … you can check it out on Spotify here. 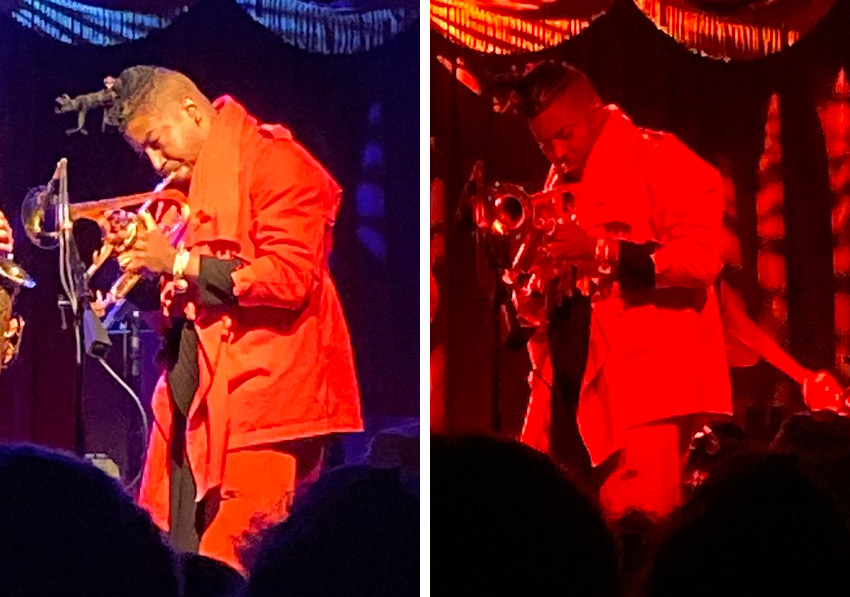 On a side note, I was reading a bit about the album on Christian Scott’s Facebook page, and learned an interesting fun fact: he has a cameo in the new “Bill and Ted Face The Music” movie as part of the “Future Council.” I’ve never seen any of the Bill and Ted movies, but was curious to see what I could find out about this movie cameo. If you freeze the frame at exactly 2:30 of this trailer, you’ll see Christian Scott aTunde Adjuah floating in air at the far left of the council. Love it!

See more of Christian Scott and his Stretch Music on Artsology here.