We continue to get emails from readers of the Artsology Blog with stories and pictures of rock art that have been found throughout the United States. This latest submission comes from Sonya in Arkansas, who explains that she has 20 acres of land in the country in the Ozark Plateau. She also provided this information:

“Part of an old dirt road that used to go through these parts is on part of my land … it is no longer used, though … it was used back during the Civil War. There’s evidence that there were people living on my land before me but nobody has lived here since the late 1800s to early 1900s.”

Here’s the first piece that she sent photographs of from different angles. Below left, you can see that seen from the side, either flat, or (we rotated the 2nd left photo), from what could be considered a “profile” view, it’s hard to see much of anything other than a rock with some indentations or grooves in it. BUT … look at the picture below right. Viewed from this angle, it seems pretty clear to be a forehead with two eye sockets and a sloping mouth. It’s hard to tell whether the eye sockets or mouth were carved or just natural shapes, but the way it all comes together, it certainly seems like a face effigy to me. In fact, it looks somewhat similar to this face effigy found in Tennessee (see the image on the left at that link).

The second piece that she photographed and sent to me is below. Once again, from a flat side view (bottom left picture), it doesn’t look like much of anything other than a stone with some pock marks, but the picture top left and at right sure looks like a grinning face to me. Do you see the groove that suggests the forehead, the two eyes, and a grinning mouth? If you look closely at the top left picture, it even has the suggested visual of a tooth on the left side of that grinning mouth. Do you see it? 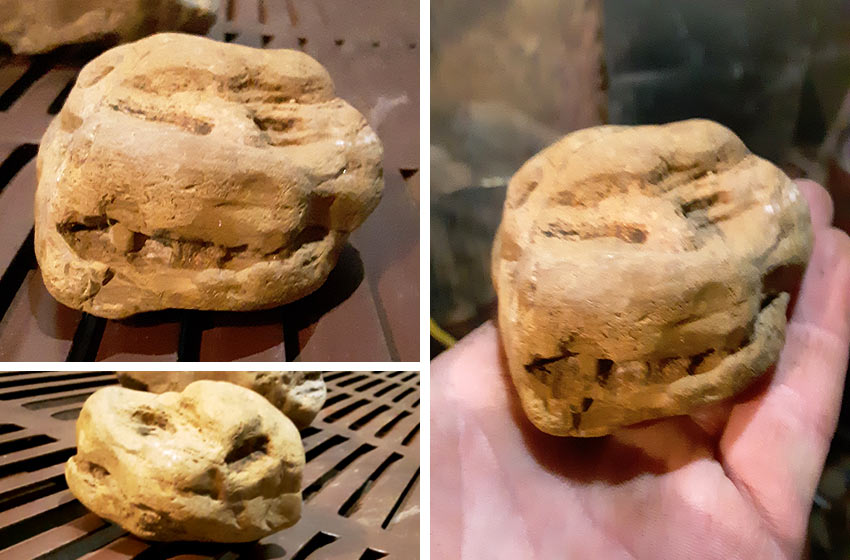 Once again, we will explain that we are sharing these images in the hope that there are some rock art experts out there who can weigh in with some information about what these might be, how old they could be, or any sort of background information that would be helpful … if you have any thoughts, please share with us in the comments section below. 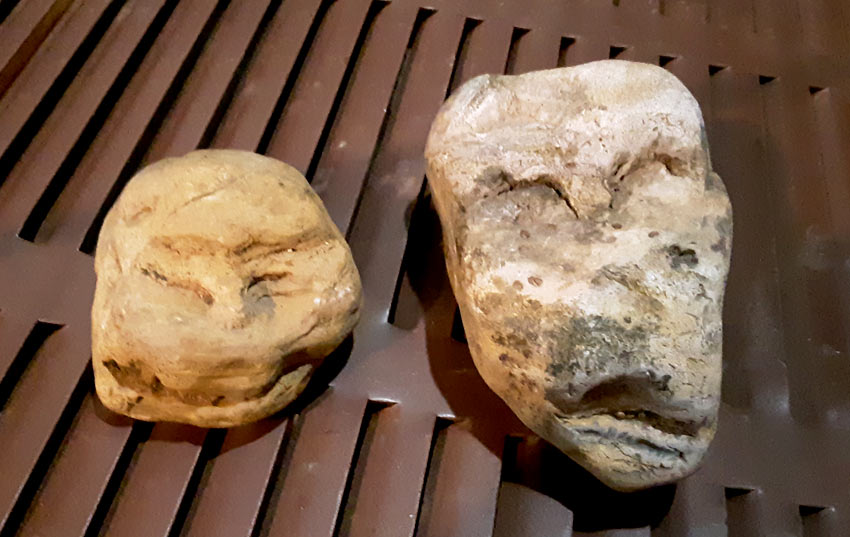 A sculpture of a famous painting – Botticelli’s Venus in NYC...

‘The Joy of Type Design’: These Massive Alphabetic Prints Were Created...