Over the years, I’ve received a fair amount of emails and pictures from viewers of the Artsology Blog, showing me their rock art finds, with the hope that by sharing them here, someone with some expertise will write in and give us more information on what has been found. Well, this time I received a similar email, except it’s a very unusual wooden piece instead of rock art.

Bryan from northeastern Pennsylvania found this thing in an area that he describes as “Lenni-Lenape Indian territory.” I have some thoughts, but before I share them, let’s just take a good look at Bryan’s object first:

Any takers out there? What do you think this thing is? The first thing that comes to mind is a horse head, between the long shape, and what appears to be a mouth with teeth … but what about the weird pointy-part near the top? One could argue that it’s like the ear, based on this picture, but it seems too big to be an ear. On a more fantastical concept, one could think along alien lines, like the Crystal Skull creatures in the Indiana Jones movie, but I’m just throwing that one in there for fun.

And let’s remember, this is wood, not an actual skull … but at the same time, does it look carved to you? Or just a naturally-formed piece of wood? If anyone has some initial thoughts, please share them in the comments section below.

Here’s another two views of the same piece, added here just to get some additional looks at it. 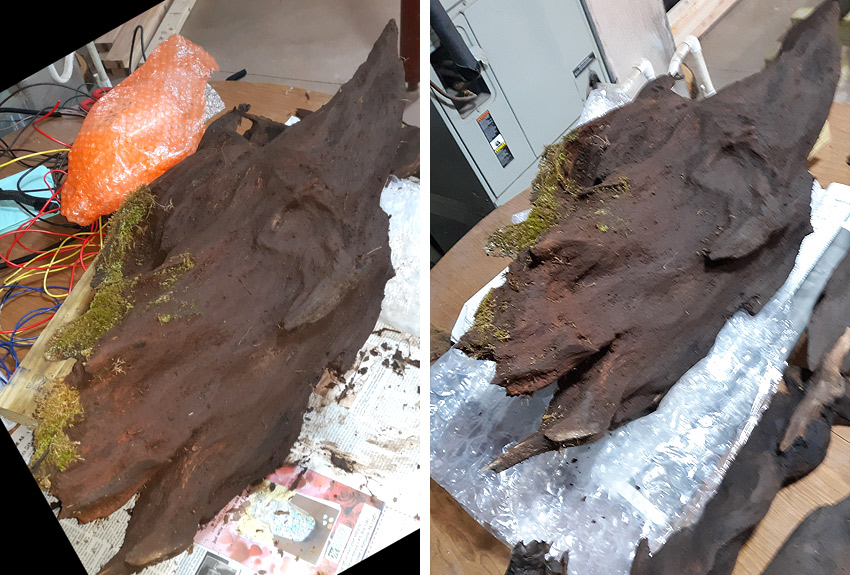 Ming Dynasty Porcelain, Valued Up to $500K, Purchased at Yard Sale for $35

Hundreds of Arts and Restaurant Workers Rally to Save Historic Chinatown...

The World of NFTs, Explained by Digital Artist Addie Wagenknecht