When I was 25, I moved into a Moscow apartment overflowing with the personal effects of a previous resident, who I gathered was my landlord’s recently deceased grandmother. I replaced the ancient fold-out couch in the bedroom with an Ikea frame and mattress, but ticket stubs, old postcards, and the rest of the stodgy Brezhnev-era furniture stayed.

After living in a museum of another person’s life, I wanted to be surrounded by my own things—that also didn’t look like everyone else’s. So when I returned to the U.S. a year later and settled into a sparsely furnished room in a Washington, D.C., rowhouse, I didn’t head straight to Ikea. Instead, I combed thrift stores crammed with musty vintage furniture, bought an old headboard I planned to paint robin’s egg blue, and started poring over home design blogs like Apartment Therapy and Design Sponge.

A lot of products on these sites were out of my price range, like a $2,500 bed frame from Design Within Reach or a $999 dresser from Blu Dot, but the articles still fueled my creative vision. One suggested fashioning a “nightstand” out of a stack of books, so I procured several large hardcovers from a yard sale specifically for this purpose. My bedside tower created the bohemian look I was going for, but quickly got dusty. It was also a risky place to rest a glass of water.

One day while browsing the blogs, I stumbled upon an actual piece of furniture with a similar effect: a tall “spine” bookcase from West Elm with white-painted wood and clean lines. It felt like a breath of fresh air after all the dark, heavy furniture in my Moscow apartment, and was, quite crucially, not an actual stack of books threatening to topple to the ground. (The model I bought has been discontinued, but similar versions are currently available at AllModern, DWR, and the Container Store.)

Later, as I walked through the West Elm showroom looking for the shelf, I lifted salad bowls off a dinner table that cost more than my rent. I felt out of my league, but the bookshelf was relatively affordable. If memory serves, I bought a floor sample marked down 20 percent from the original $179, plus cab fare to get it home.

At the time, it was the first piece of new furniture I’d purchased that wasn’t Ikea. Ten years and five moves later, I’ve held onto it while much of my other stuff has been sold. As it turns out, the bookcase’s compact footprint is perfect for awkward spaces.

After leaving the rowhouse, it squeezed into the corner of a D.C. studio, and now stands snug in my small bedroom in Brooklyn. I have a few dusty old Russian poetry books on the shelf—but unlike the detective novels I found in my Moscow rental, these are all mine. 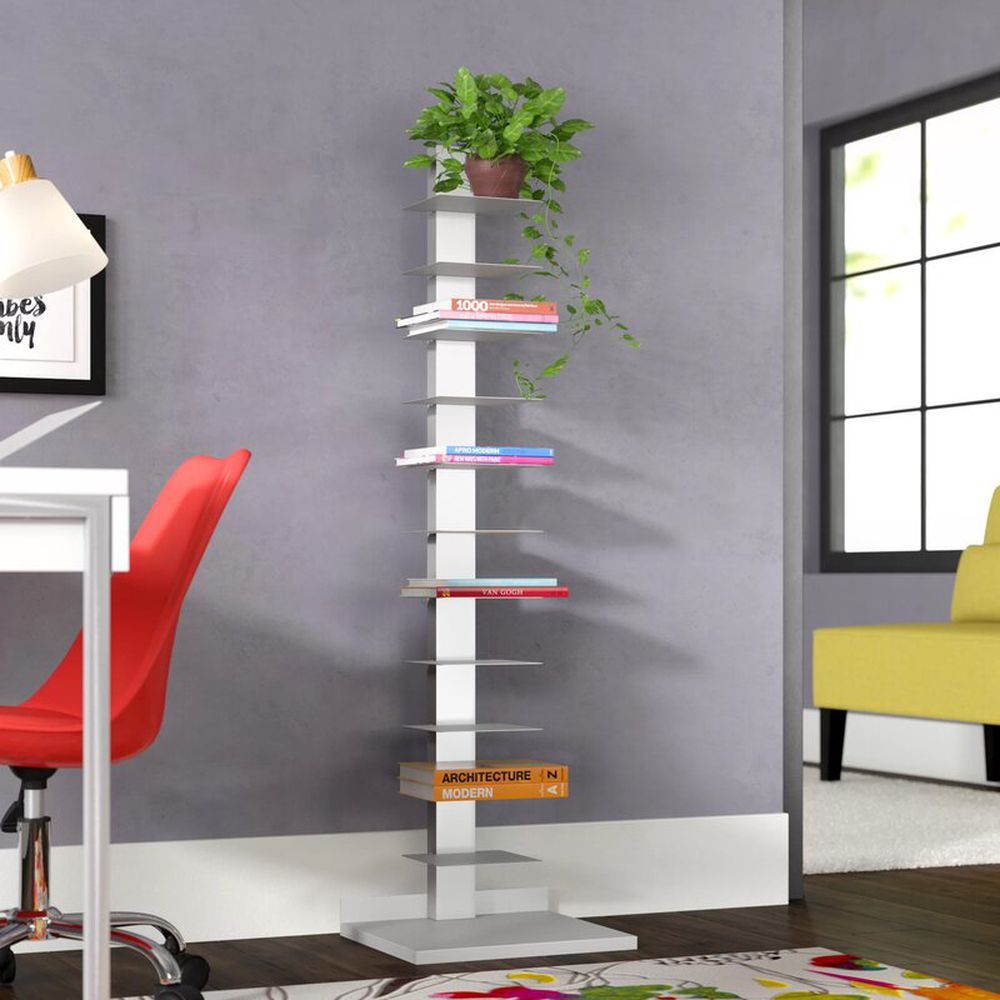 Susie Armitage is a freelance journalist living in Brooklyn. She has written for Atlas Obscura, BuzzFeed News, the Christian Science Monitor, the Daily Beast, Lonely Planet, ProPublica, SELF, Vox’s The Goods, and elsewhere. Her audio stories have aired on NPR, PRI’s The World, Business Insider’s Household Name, and WHYY’s The Pulse. You can follow her on Twitter.